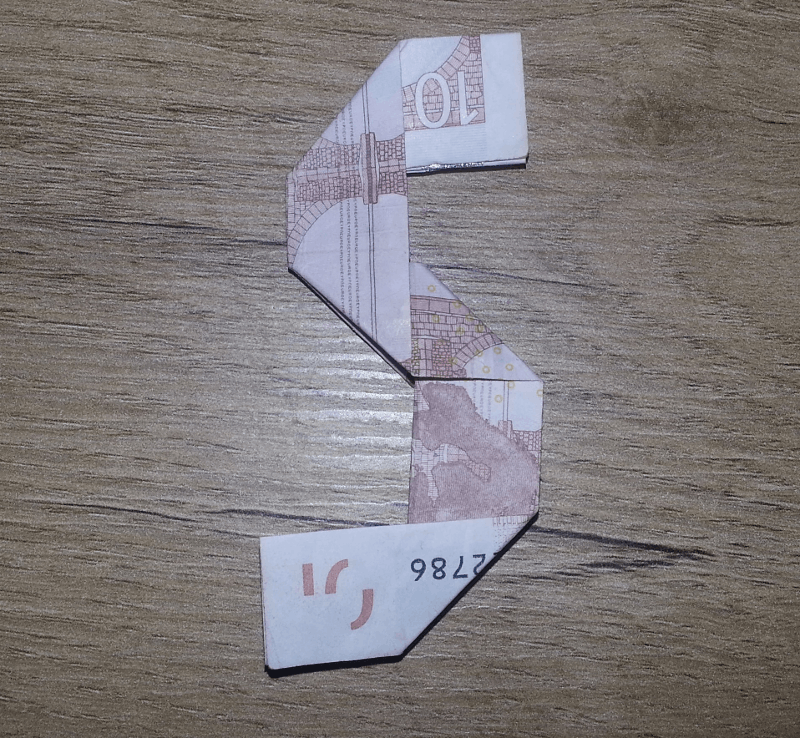 Folding banknotes into numbers - the optimal solution for giving away some money with a personal touch on birthdays.
According to this manual, fold the number 10 from a bank note in 5 steps.

This guide shows you step by step how to fold the 5 from a banknote. For the finished 5 you only need a bank note, a little time and dexterity and this guide.
Each photo shows two small steps. But you only need one banknote.


Fold the bill in the middle of the length and then open the fold again. Then you fold the two sides to the middle crease.
Now fold the left part of the bill again in the middle on the right side.
Above, the bill is now bent over at a right angle to the right, as shown in the photo.
The fold is reversed again and at the same fold, the upper part is now folded back.
Now comes a little tricky part that requires a little more dexterity:
The fold is undone again and the back of the center fold is folded opposite and pushed inward.
Tighten the folds with your fingernail.
As in step 2 and 3 again an oblique fold is folded - once forward and once back.
Now proceed as in step 4 - only this time the front part of the middle fold is folded inwards.
Now pull back all folds with your fingernail.
Again, the lower part of the bill is folded once forward and once back.
And again, the middle fold is again folded against its fold inside.
One last time the remaining part of the bill is folded forwards and backwards.
Now press the centerfold again to finish the rest of the 5. Done is the 5! Folded out of a bank note in only 10 steps!

Unfortunately, no video is yet available for the number 5.