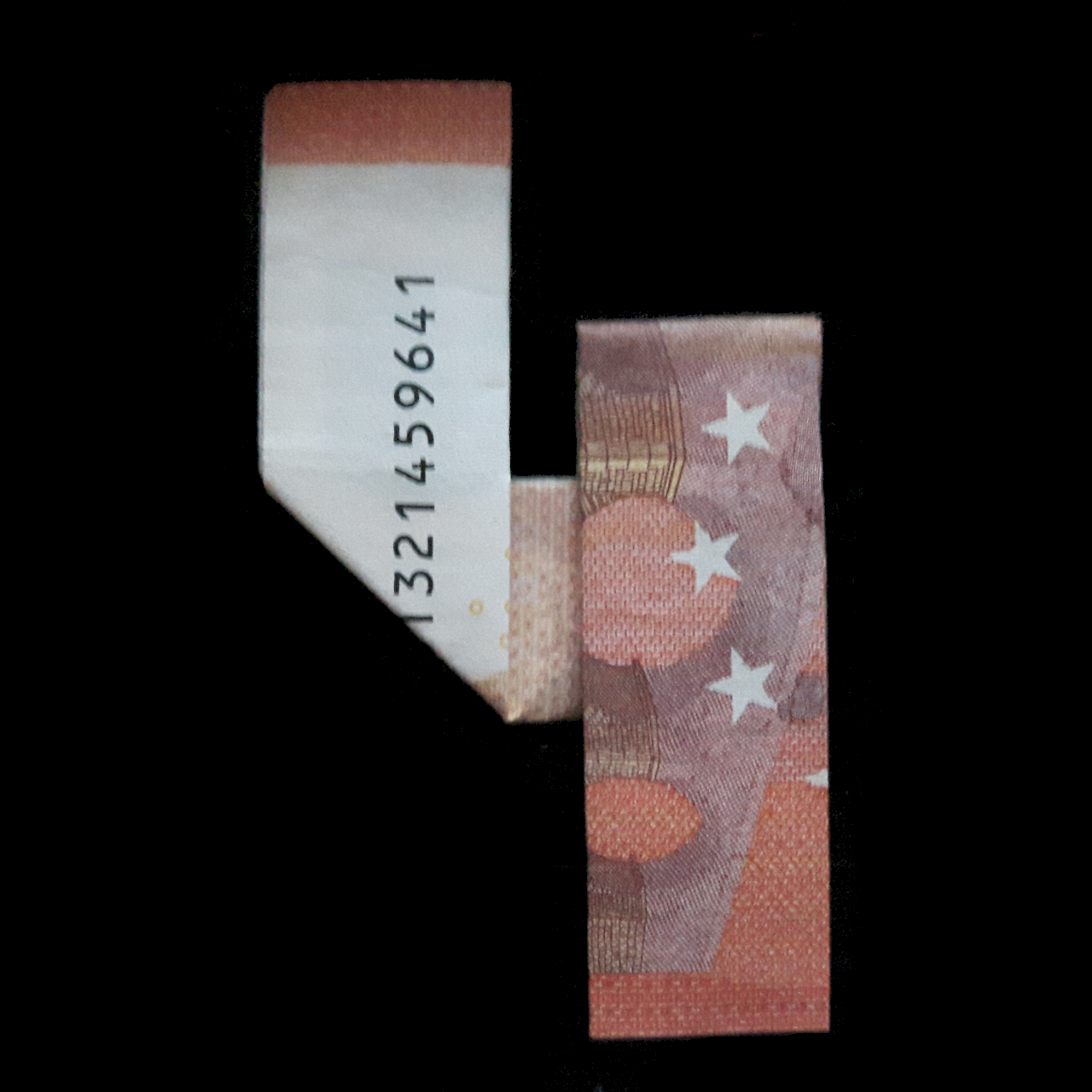 With this tutorial you can fold an 7 in only 4 steps! The folding operations are very simple and understandable for everyone without any problems. Except for a banknote and this guide you only need your hands!

Do you want to become an 40? Birthday give away money? Then you fold the money as a number 40! With the choice of the banknote you determine the height of the gift.

How to fold the number 4 from a bill - video tutorial

The image guide to the money folding is also available as a video. In the origami video you can see that it is really easy to fold the number 4 from a banknote:

Pick a banknote of your choice. Bigger bills are easier to fold than 5 € bills! If the 4 should be part of a cash gift, you can determine the value of the money gift by choosing the banknote.

Put the selected banknote right in front of you.

Now fold the bill in the middle backwards. Take the front edge and lay it flush on the back edge. Flatten the banknote and tighten the resulting edge with your fingernail.

Repeat the step just above: fold the front edge back again and pull the fold vigorously with your fingernail.

Now a little sense of proportion is required:
Roughly estimate 1 / 3 and at this point fold the left side of the bill at right angles. Flatten the fold and tighten with your fingernail.

Turn the bill over once.

Now fold the right side of the euro banknote forward so that it comes to rest parallel to the other strips. Flatten the fold and retract it as usual with your fingernail.

Turn the money origami over again.

Now fold the back long part forward, pull the fold and the 4 is already folded!