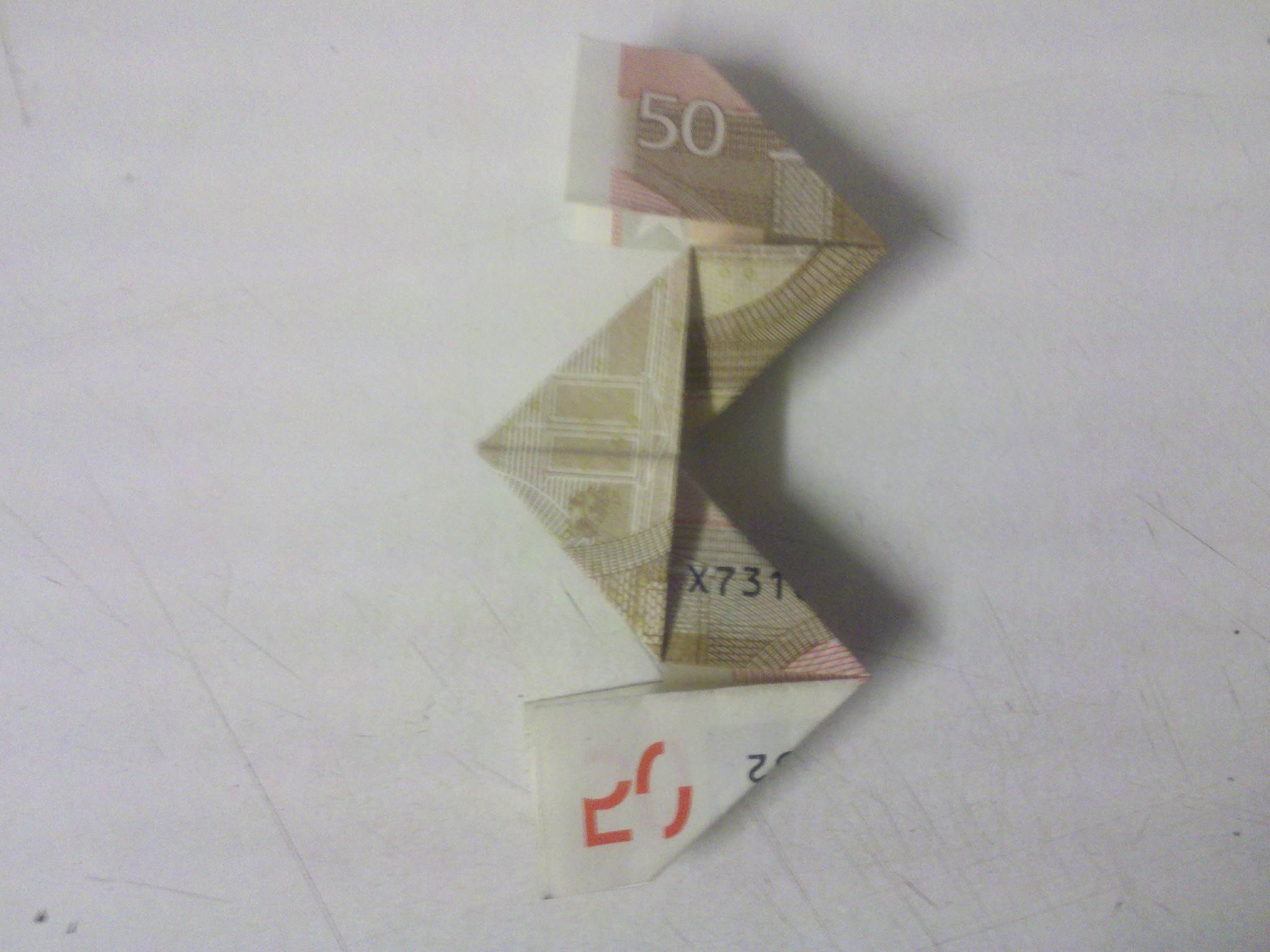 Folding money presents from numbers is not art, if you have the appropriate instructions.

This folding guide shows step by step how to fold a banknote into the number 3. However, the three is not easy to fold, and is not necessarily suitable for origami beginners. Especially with small 5 € and 10 € notes, the three are difficult to fold.

Place the bill lengthways in front of you. Now fold the bill along the middle so that the right side comes to rest flush on the left side. This fold is reversed again and then folded the sides to just folded middle kink. The bill is again folded longitudinally, the edges retraced with the fingernail and then unfolded again. In this step, the back of the bill is folded forward in the middle so that the back edge comes to rest on the leading edge.
Now the two back corners are folded to the middle fold. The last two folds are undone and then folded over both corners of the same kink to the rear.
Subsequently, this folding is reversed again and the corners are folded inwards. Now, the bill is folded on the longitudinal axis and folded the long strips to the side. Similar to step 5, the strips are in turn folded back and then folded inwards. The ends are folded over backwards. After re-folding backwards, the ends are folded around the outside of the bill. An 3 from a banknote is ready

Unfortunately, no video is available yet.