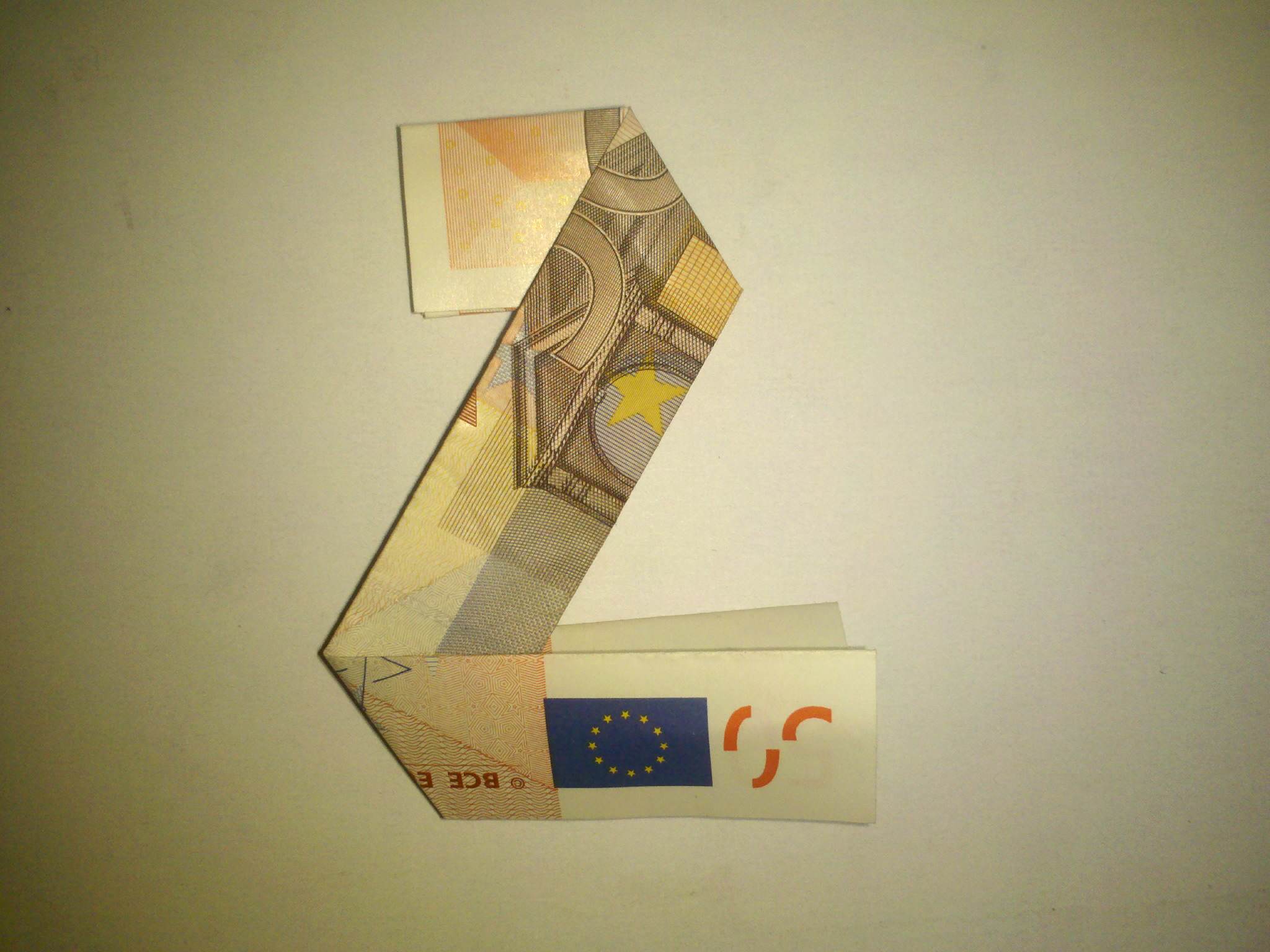 Simple cash gifts are quickly folded out of a few bills. Banknotes are especially suited for birthdays to give money in a creative way.

In this Origami tutorial you will learn step by step how to fold a banknote into the number 2.

In this video you can see exactly how the 2 is folded out of a bill.

In order to fold a 2 from a banknote, only a banknote is required except for this folding guide.

First, the bill is folded in longitudinally in the middle.

In the second step, the bill is unfolded again and then folded the pages to the middle kink.

The money strip is now tilted diagonally forward, the folding undone and then folded back again.

Just like the manual, one 1 from a banknote To fold, the bill is now unfolded in the middle again and the upper part of the resulting wrinkles folded back.

The last step is now repeated with the lower part of the banknote strip. It should be noted that the folded part is significantly longer than the previous one.

Subsequently, the bill is unfolded again in the middle and the lower part folded over at the kinks.
An 2 from a banknote is ready.

If the manual was described too complicated, you can leave a comment or a suggestion for improvement!