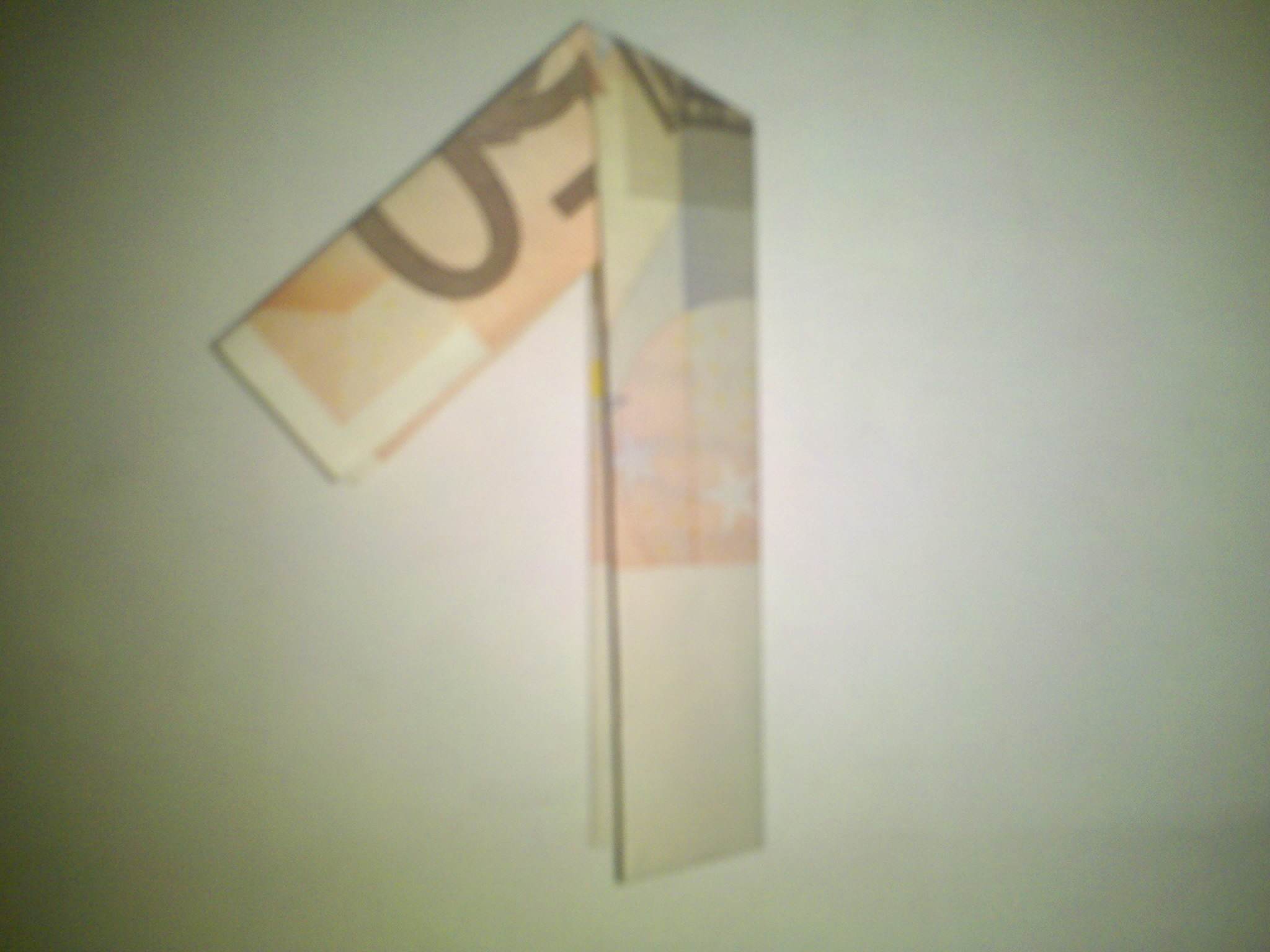 Folding numbers out of money - Instructions and tutorials with photos
27. February 201323. May 2019 Bill Falter 1 comment 1, one, Birthday, Number, digit

For birthdays gifts you can easily fold the number of notes from banknotes and stick them on an envelope containing a greeting card. Or you can create a collage with photos and place the bills folded to date.
To the 18. Birthday then you only have to know how to fold a 1 and 8 from a bill.

In this folding guide you will learn step by step how to fold the number 1 out of a Euro note.

The following video again shows exactly which folding steps have to be performed so that the bill becomes the number 1.

For this origami manual only a bank note is needed. The 1 is so easy to fold that even beginners can tinker easily with the small 5 Euro note.

In the first step, the bill is folded once longitudinally in the middle.

The fold is undone again, and then fold the two sides to just folded middle kink. Then the bill is folded again in the middle.

Now in the upper third of the euro bill folded over so that an 1 arises. The kink is unfolded again and folded back in the same place.

The last step is the most complicated folding process.
The last fold is reversed, as is the bill once unfolded in the middle. At the oblique kinks, the upper part is now folded over backwards, while the lower part is folded back to the middle.
Now the bill only has to be compressed and the 1 is out of a banknote!

One thought on “Fold number 1 out of a bill"