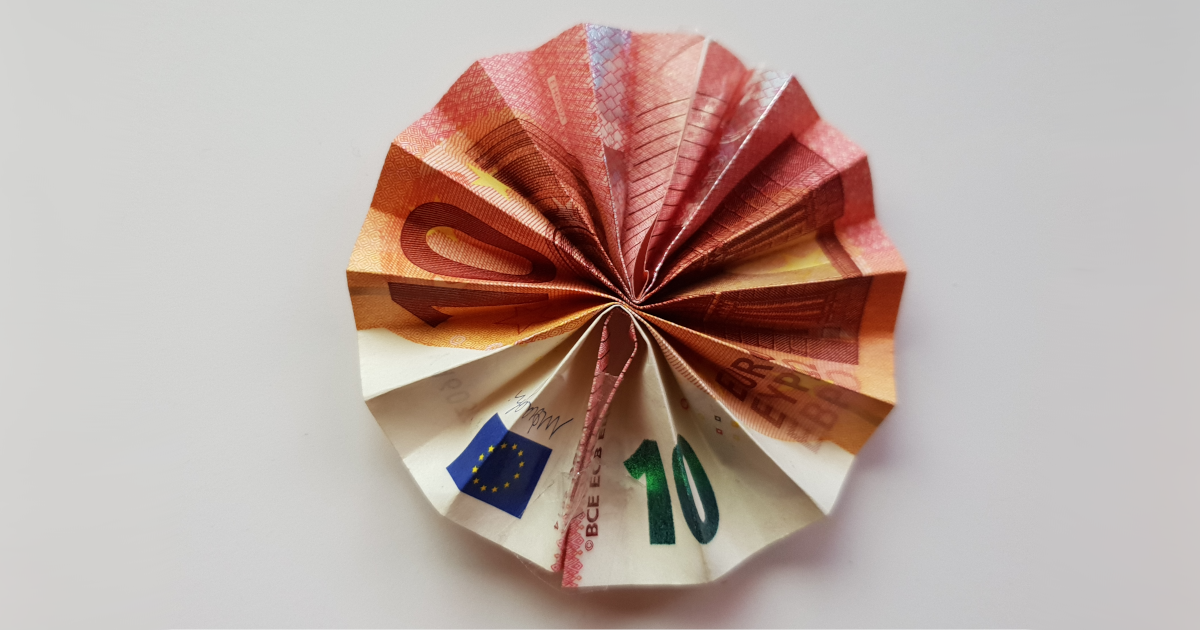 From a banknote you can tinker a pretty sun with little effort. All that is needed is a banknote and a little tape.

How to Fold a Sun from a Banknote - Instructions with Video

This video clearly shows how a sun is folded out of a banknote with origami.

How to fold a sun from a banknote - instructions with photos

As the origami sun is folded out of a banknote, this guide explains again exactly. It shows in a step-by-step guide how the bill needs to be folded for a sun to emerge.

The origami sun with the banknote starts with the bill lying down in front of you.

Now fold the right edge to the left. The fold should be about half an inch from the edge. Then pull the edge with your fingernail well. The better the edges are retightened with the fingernail, the easier it is to fold the sun.

Now fold the right edge to the left again. Make sure that the two right sides are flush with each other. Drag the edges with your fingernail again.

Fold the right side to the left again. Make sure the edges are on top of each other and pull them over.

The previous fold now looks like from the side.

Repeat these last folds several times. If the folding process is repeated several times, forms with time a kind of accordion.

When the banknote is completely folded, fold it again in the middle as you can clearly see in the picture.

Now a part of the money sun is glued together with an adhesive strip.

Then bring the other two corners of the bill together. The easiest way is to hold the sun in the middle with one hand.
Then you glue the corners together.

The bill is now ready for the money sun folded.