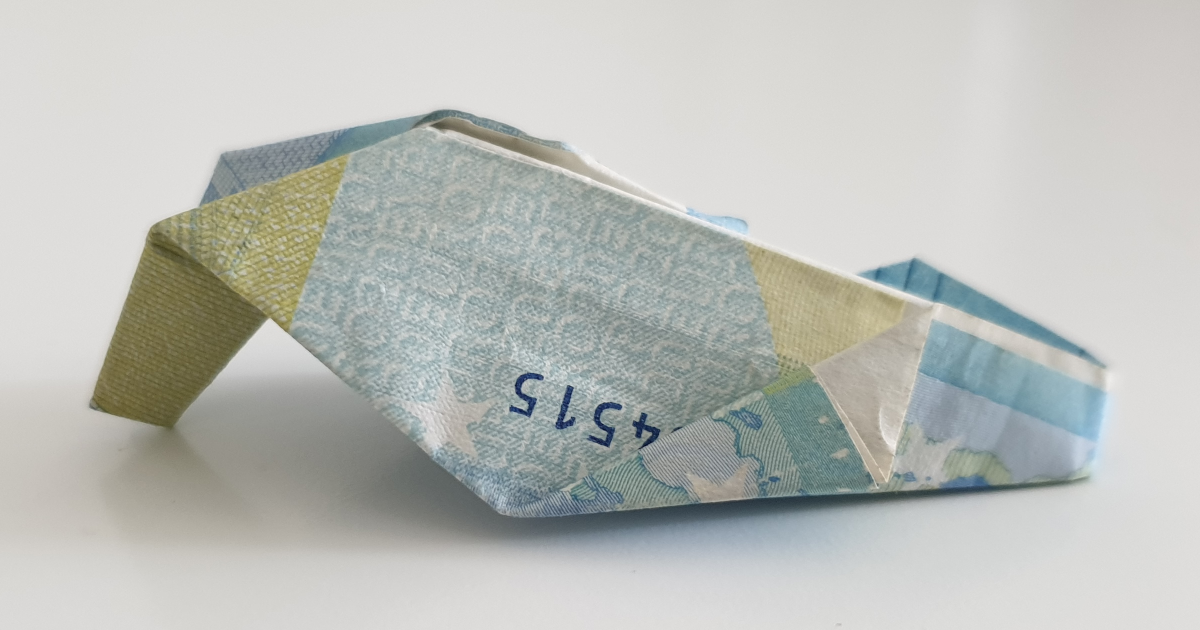 It's so easy to fold a shoe out of a bill. With these instructions, you can fold a pretty shoe with a heel out of a bill in a few simple steps.
Such a money shoe is a great gift and an ideal replacement for a simple voucher for e.g. Zalando or other shoe shippers. Surprise the recipient with a homemade shoe.
The instructions are very simple and have many pictures so that folding the money shoe will not be a problem for you.

Would you like to fold another shoe? Then check out the instructions for Money Shoes to:

Folding boots from a banknote

Contents How to fold a boot out of a banknote - Instructions with photos Recommend us: 17Shares 0 (0) winter time is

Nicholas boot out of a bill fold

With these instructions you can fold a Santa Claus boot out of a banknote. Many photos show how the boot is folded from a bill.

In this guide with photos, you will learn how to fold a great shoe with a heel from a simple slip with just a few folds and skill.

Put the banknote straight across. Make sure that the note is upside down so that the white stripe is not visible at the end.

Fold the left side over to the right.

Now fold the right part of the previously folded auxiliary fold over to the left. Now you have a square base in front of you.

In this step, fold the left front corner onto the right rear corner.

Fold the front edge towards the newly folded diagonal.

In this step, also fold the right edge towards the diagonal.

Now fold the left edge towards the middle.

Do the same with the back edge: fold it towards the middle as well.

In this step, fold the corner from the part you just folded back to the rear edge.

Repeat this step with the other side! Fold the corner out from the middle here too.

Turn the folded bill over.

Fold the back part in the middle forward.

Undo the fold and then fold back on the same fold.

Undo the last fold. The folded bank note is now again in front of you.

Now it will be a little difficult. You now have to fold the tip inwards on the newly folded auxiliary fold. To do this, open the money object a little and then push the right side in as shown in the photo.

When you have folded the tip inwards, flatten the bill.

Now proceed as in the last steps. Fold over the top of the heel.

Fold the tip backwards just before.

Now lay the bill flat in front of you again. The sale of the money shoe is now complete.

Now fold the tip to the right on the left side.

Fold this tip back again.

As with the heel of the money shoe, you now have to fold the tip of the shoe inwards.

When the tip is folded in, flatten the wallet. The shoe is ready from a banknote!

This is how the finished shoe looks from a banknote! You could fold a red shoe with a € 10 note, and a brown leather shoe with a € 50 note.
Have fun after the tinkering!