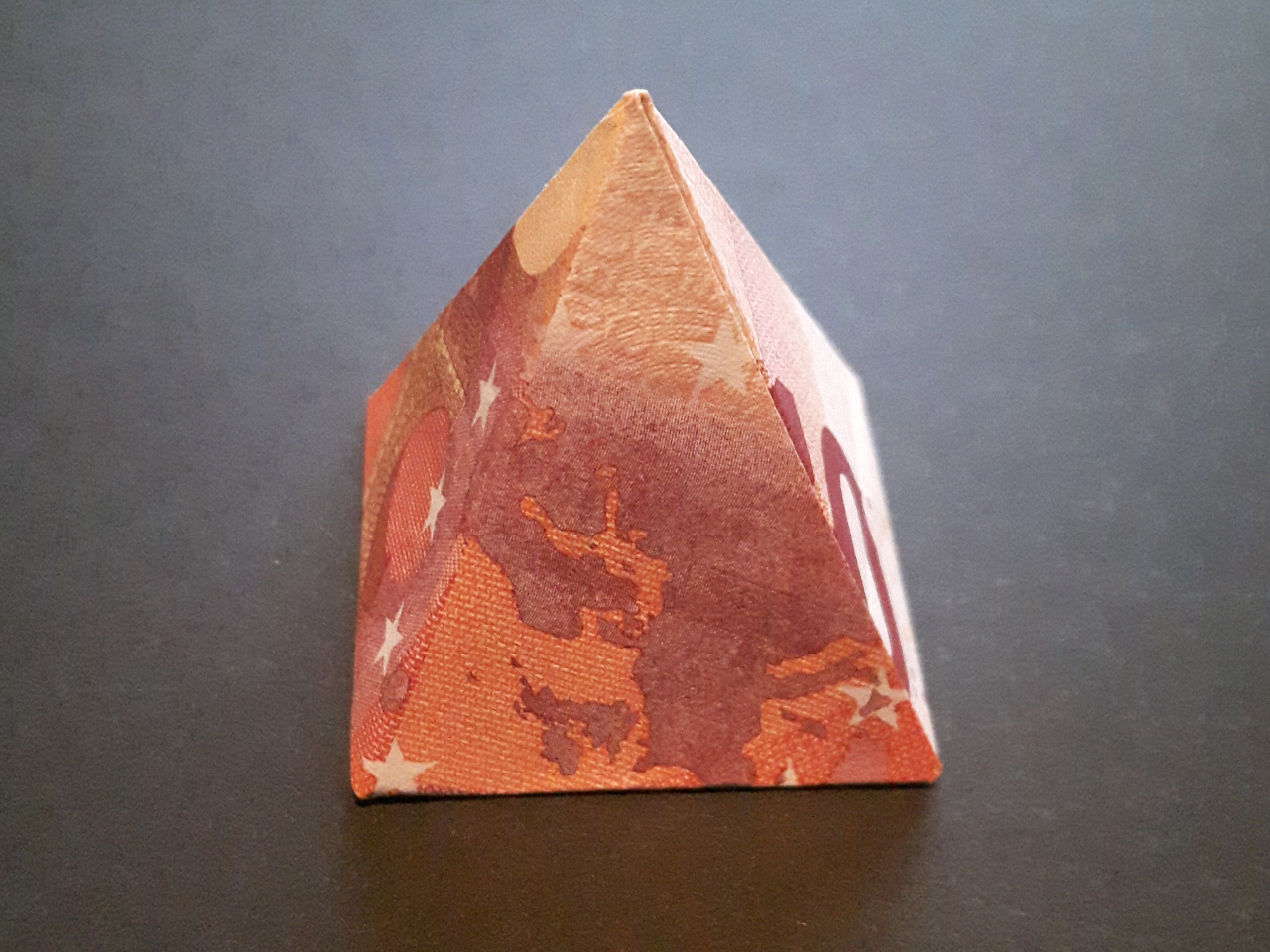 This tutorial will show you how to fold a simple pyramid from a normal bill with just a few folding steps.
The money pyramid has a square outline and is foldable. Thus, you can fold this pyramid in peace and then carry in your purse always with you, and then conjure up at the right moment a money pyramid.

How to fold a pyramid out of a bill - video tutorial

This guide with photos is also available as a complete video tutorial showing the folding steps. With the origami video, it is no longer a problem to fold the pyramid from a banknote.

How to fold a pyramid from a banknote - instructions with photos

In order for the pyramid to look clean and tidy, it is important that all folds are carried out cleanly and in particular that the edges are retightened again and again with the fingernail.

Now fold the bill in the middle from right to left.

In this step, fold the bill from front to back so that the leading edge comes to rest flush on the back edge of the bill.

This folding is a little tricky. Just lift the upper part of the bill a little bit. Hold the remainder of the bill on your pad and pull the top forward. Then a triangle automatically forms on the right side.
Press this triangle flat.

Turn the object over.

Fold back the front part at the fold.

Repeat the 4 now. Step:
Take the top section of the bill and fold it forward until it becomes a triangle again.

Fold the front part back again.

Turn the banknote so that the tip of the triangle points away from you.
Fold the left front corner back so that it comes to rest flush with the left edge.

Flip the top back over. This part will be put inside in the next step.

Pick up the note at the tip and insert the front left corner of the note inside.

Now put the bill down in front of you and turn it over.

Now fold the front right corner back so that the two edges are flush. Undo the folding.

As in step 13, now take the corner and fold it in half and press flat almost finished money pyramid.

Open the origami object a bit. Now you must make sure that the rear edges do not slip. Hold this and push the right point to the left.

In this step, fold the two left-hand peaks to the right. Then undo the folding again.

10 thoughts too "Folding pyramid out of a banknote"