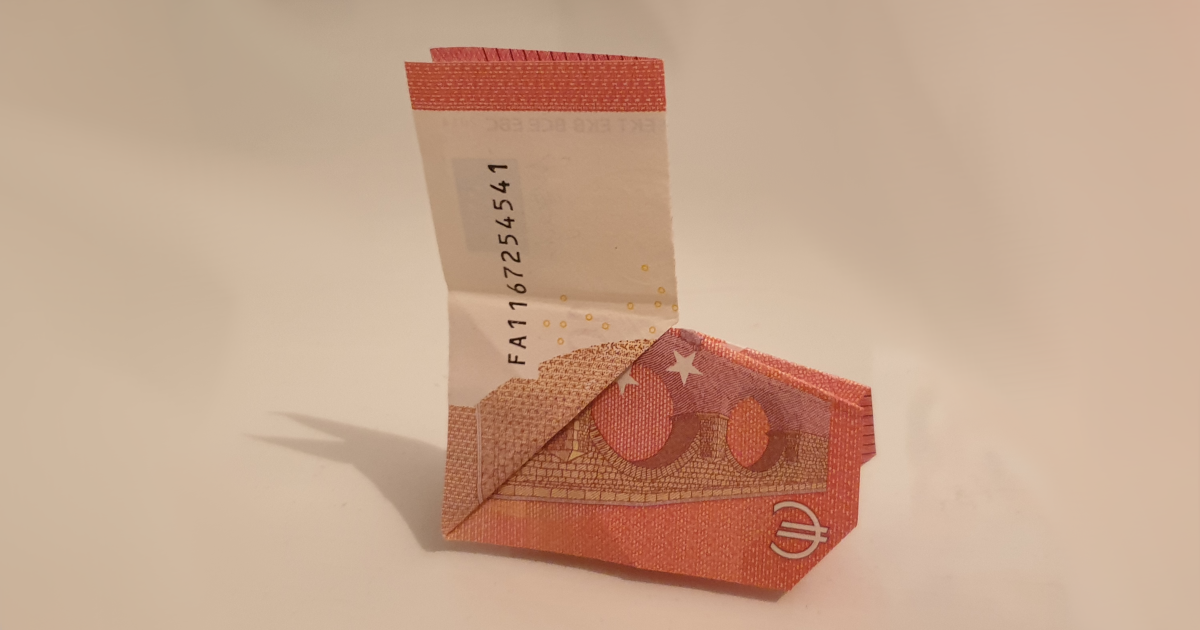 Most of the boots have a lot of chocolate, nuts, oranges and mandarins on St. Nicholas' Day. But toys are also like in the boots as a surprise. But how do you give away money to Santa Claus?

The easiest way to give away money for Christmas or Christmas is to fold a Santa Claus boot out of a bank note.

You don't like this boot? Then the following boots and shoes may be something for you:

Folding boots from a banknote

Contents How to fold a boot out of a banknote - Instructions with photos Recommend us: 16Shares 0 (0) winter time is

Fold the shoe with the heel out of a bill

In instructions for origami with banknotes By bank note butterfly

With these instructions you can fold a great shoe with a heel out of a bill. Tutorial with lots of photos!

In this guide you will learn how to fold a simple boot from a normal bill with just a few folds. With a 10 euro note, the boot becomes a beautiful red Santa Claus or Santa Claus boot.

Fold the bank note forward in the middle so that the rear edge lies directly on the front edge. Pull the fold with your fingernail to get a clean edge.

Now fold the left side over to the right so that the two edges come to rest flush. This folding does not have to be retightened, it only serves as a small auxiliary folding.

Now fold the left edge towards the middle. The middle is clearly marked by the last fold.

Undo this last fold too.

Now fold the right part forward in this step. The folding takes place directly at the last folding. Make sure that the folding is accurate and there is a right angle!

Now follows the most complicated step of the Nicholas boot:
Open the object at the front right and fold the right side of the auxiliary fold forward. A triangle is formed.
Now press the object flat!

This step consists of flipping the left part to the right.

Now the front part of the boot is folded. To do this, fold the bank note back a little to the right.

It gets a bit complicated again:
Fold the edge inwards. Use the just folded auxiliary folding for this!

Now turn the Santa Claus boot out of the banknote a little and fold the corner to the right at the back.

Take the banknote in your hand and set it up! Thanks to its design, it can stand on its own without any problems.

Have fun after the tinkering!