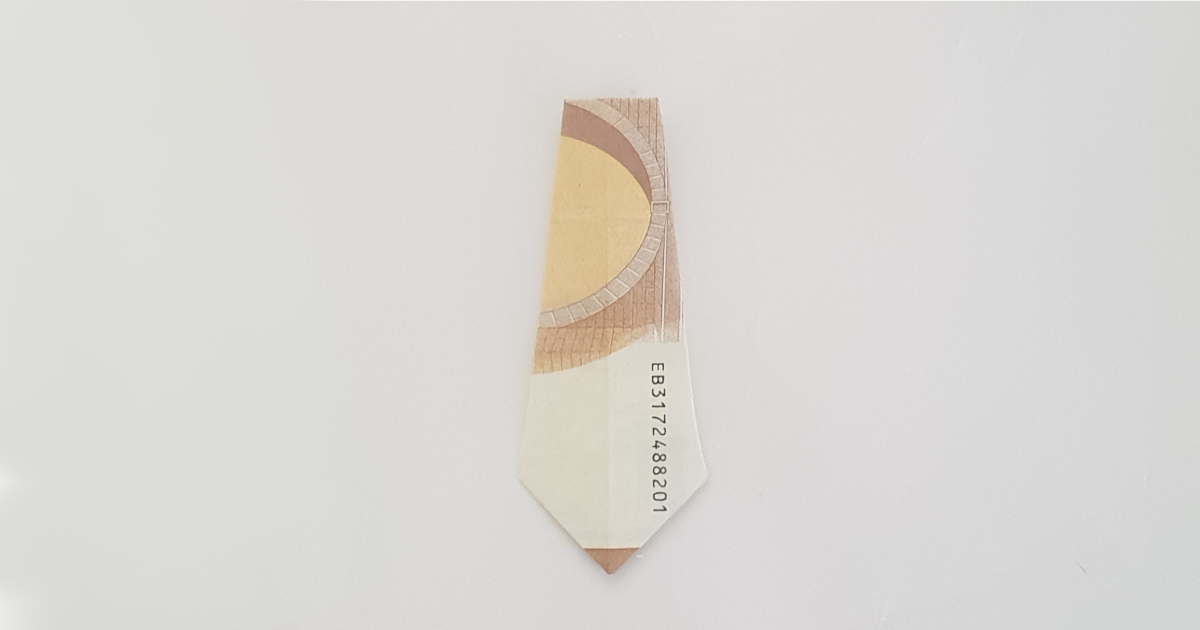 Folding clothes out of money - instructions and tutorials with photos
8. January 201323. May 2019 Bill Falter 0 comments Clothing, gift of money, Krawatte

Make a tie out of a banknote! Learn here how you can quickly and easily fold a nice gift from a euro note.

How to fold a tie from a bill - instructions with video

In this learning video you see from the first person perspective how the bill has to be folded so that the money becomes a tie.

How to fold a tie from a bill - instructions with photos

With this tutorial it is easy to fold the tie from a banknote.

Put the bill in front of you as shown in the picture.

Now fold the bill in the middle back so that the front edge comes to lie directly on the back edge.

Now fold the bill again so that again the leading edge comes to rest on the back edge.

Fold the front part of the left edge to the just folded center fold so that the front left corner lies on the center fold.

Repeat the same step with the left back corner. To do this, fold the left rear edge of the note onto the center fold.

Now comes the hardest part of the banknote tie:
Fold the front edge diagonally backwards. Here, the front right corner on the middle fold comes to rest, the left part of the front edge forms a slight point. The easiest way is to use a ruler or a set of triangles, put it in the right place and then fold the bill around the ruler.

Repeat the same step again with the back edge. It's best to use a ruler as well.

Now the tie bill has to be turned over and the Euro-tie is ready!

Do you have any questions or suggestions for improvement regarding this manual? Then please leave a comment!