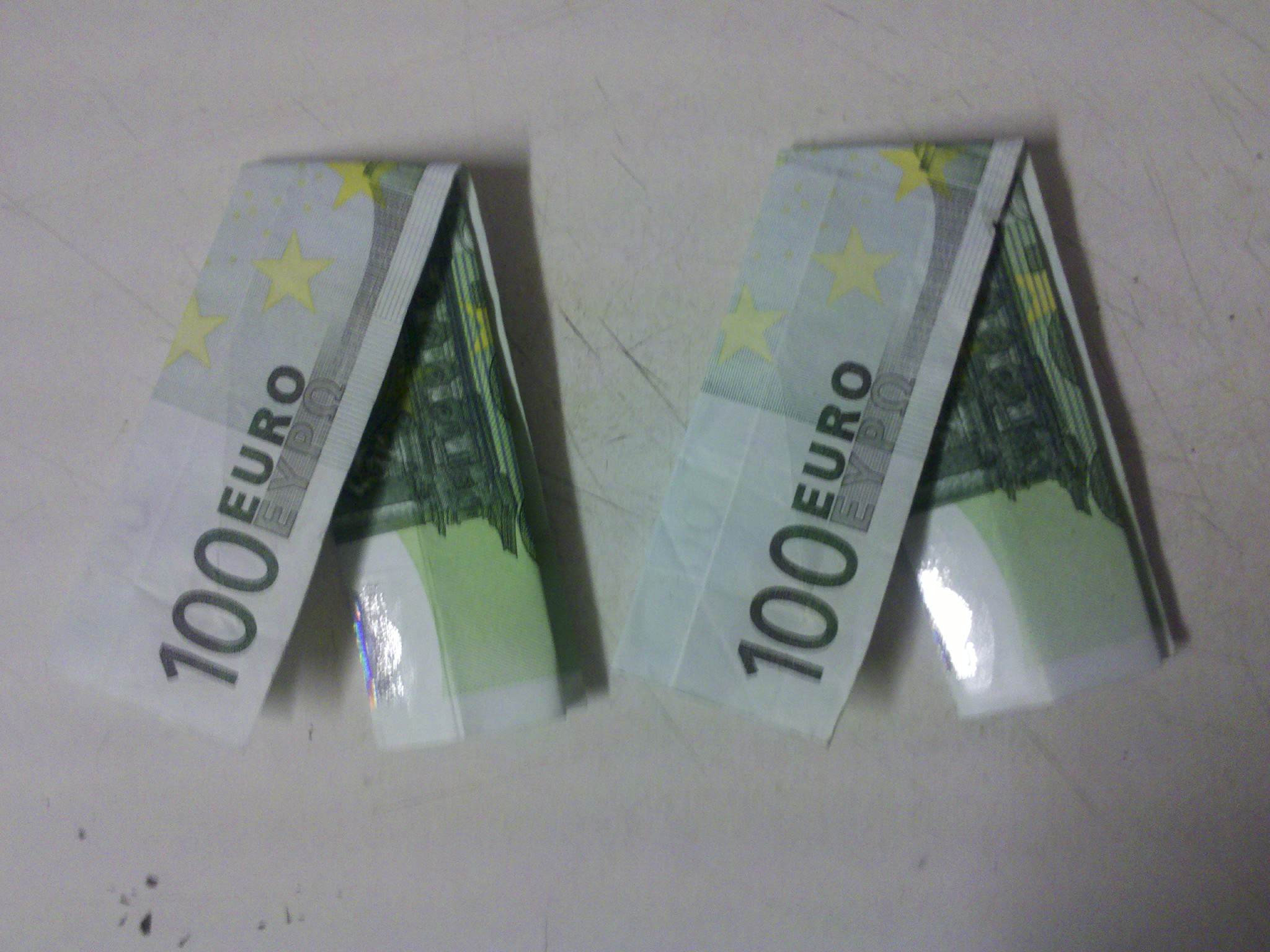 Who wants to give away several banknotes, can match the Banknote Shirt fold according to this guide yet a matching pants.
The banknote trousers are easy and quick to fold and are therefore suitable for origami beginners.

The following tutorial video shows the folding steps that are necessary for the money pants:

How to fold an origami pants from a banknote with just a few clicks:

In the first step, the bill is folded from one side to one third towards the middle.

Subsequently, the left part is folded over the right part of the bill.
Now only an oblique fold is missing, as can be seen in the picture.

Finished are the origami pants from banknotes!