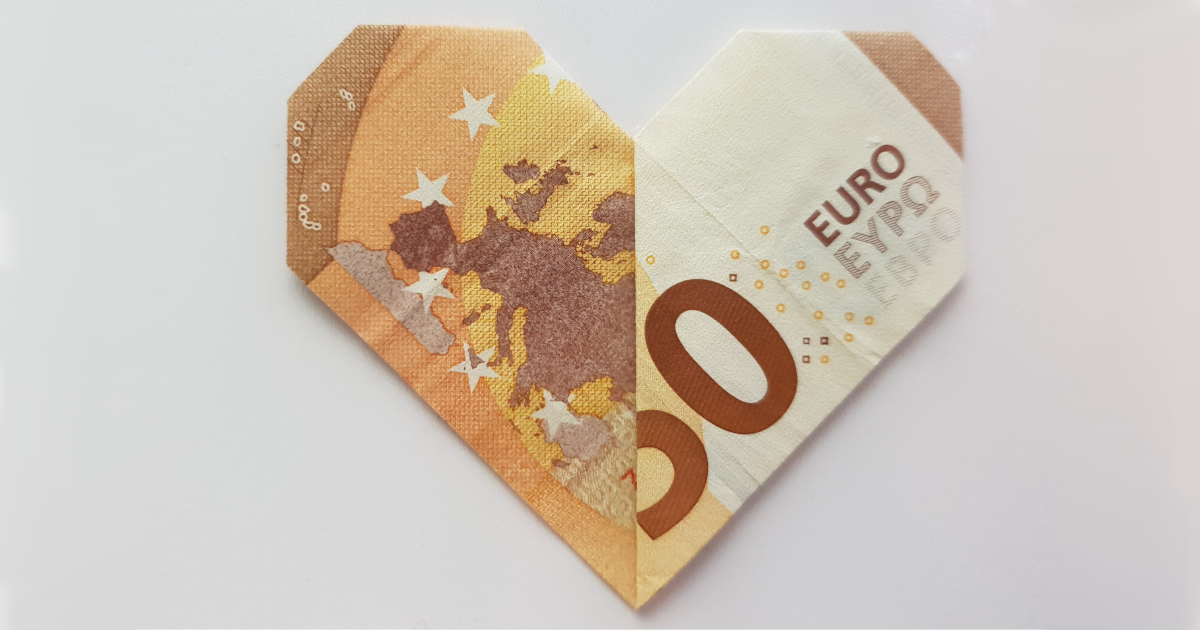 A gift of money packed as a heart, what could be better?
With this guide, you can quickly and easily fold a bill into a heart. However, if the step-by-step guide is still too complicated, there is also an origami learning video for the bill-heart, which clearly shows how easy the bill-heart is folded.

How to fold a heart out of a bill - video tutorial

This origami learning video shows how you can easily fold a heart out of a banknote without big problems. The trick with the tape is clearly shown.

Folding the heart out of a banknote is child's play! The following photos of this tutorial show how easy it is!

If you want to fold a heart out of money that is a little more complicated but much more interesting, then take a look at the instructions for a heart with a flower that is also folded out of a bill:

Fold heart with flower from banknote

Here it starts with the illustrated instructions so that you can fold a heart out of a banknote:

Place the bill as shown in the picture across your face.

Now fold the euro note in the middle to the rear, so that the front edge comes to rest on the rear edge.

Now fold the bill in the middle to the right, so that the left edge on the right edge comes to rest flush.

Now bend the upper part of the bill obliquely downwards. The previously back edge on the left edge comes to rest.

Now turn the bill over so that it already lies like a heart in front of you.

Now fold over the two corners of the right side.

Also fold the two left corners towards the middle. Make sure that all corners are symmetrically folded.

Turn the bill now. Done is the banknote heart!
To stabilize the money-heart, it is advisable to keep the fold invisible inside with some adhesive tape.

One thought on “Fold heart out of bank note"