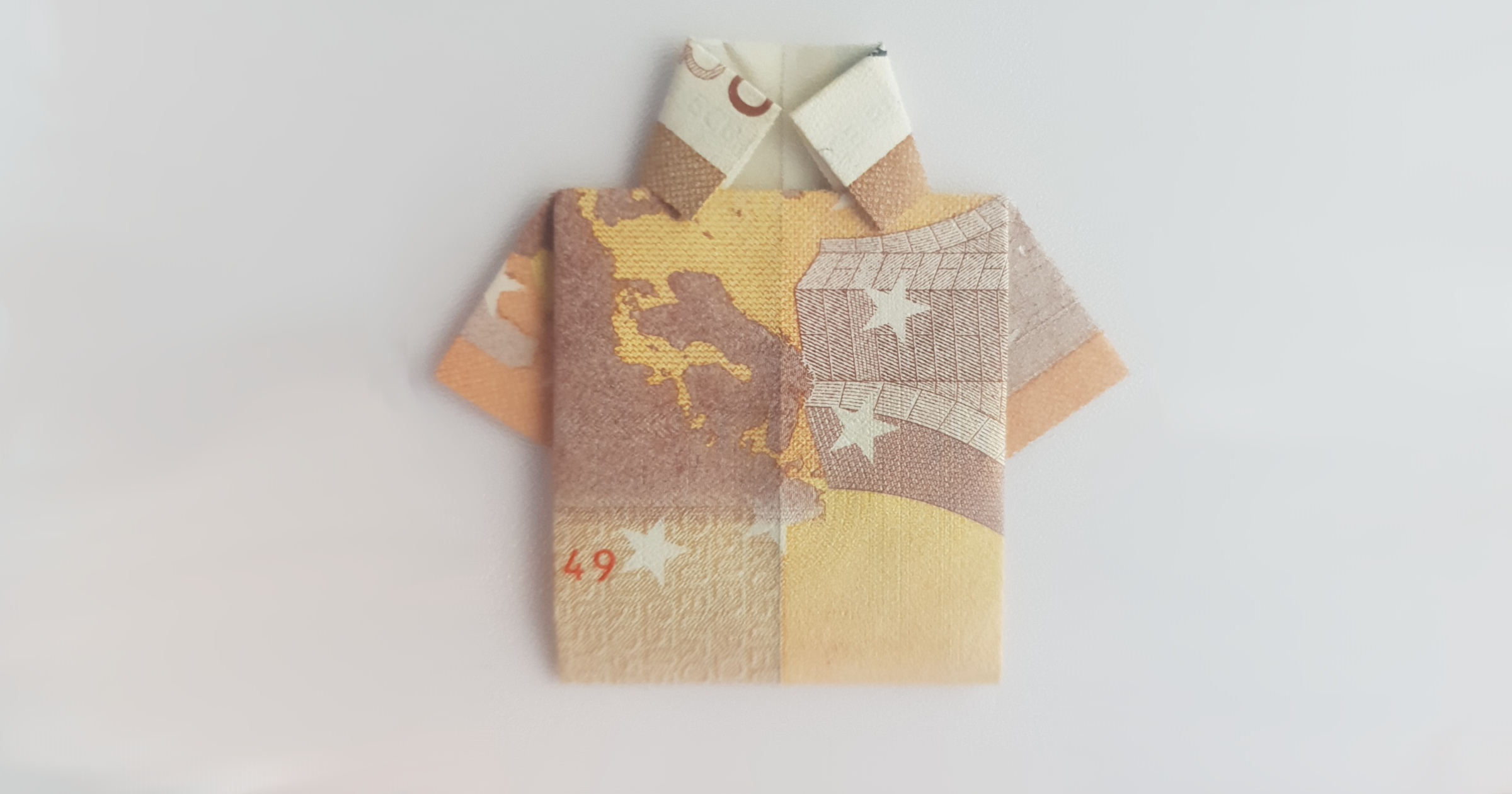 Giving away bills in a boring envelope is old-fashioned. Self-made money gifts are much more individual and visually beautiful.
This tutorial shows how to fold a shirt from a banknote with some origami art. This money gift is wonderful instead of any shopping vouchers for clothes. Just give away the money as a shirt!

In this video you can see exactly how the shirt is folded out of a normal euro banknote. All necessary steps are done carefully and slowly:

A shirt can easily be folded with just one note. With the help of this photo tutorial you can fold the money shirt yourself:

Fold the front edge to the back edge of the euro note.

Fold the front edge to the just folded center line.

Also fold the back edge of the bill towards the center line.

Fold the bill a little bit (about 1cm) on the left side.

Fold the left front corner diagonally to the midline.

Fold the left rear corner to the center line as well.

Fold the bill on the right side by about one third. Tighten this edge neatly with your fingernail. It will be important later.

Now it gets a little tricky: Fold the bill from right to left so that the right edge is pushed under the two corners of the collar. Then draw the right edge with your fingernail.

Unfold the bill from the center to the outside. The collar on the left side remains closed.

Now fold the right side of the newly folded line to the left.

Now fold the two outer sides back towards the middle.

Now the sleeves of the banknote shirt are folded. As shown in the picture, fold over the right front part to the front.

Then fold the right rear part to the rear.

Now fold the right part back to the left under the two tips of the shirt collar.

Done is an original shirt from a banknote! At the beginning it looks a bit complicated, but with a little practice succeed after only a few tries the perfect banknote shirts.

2 thoughts too "Fold shirt from bill"