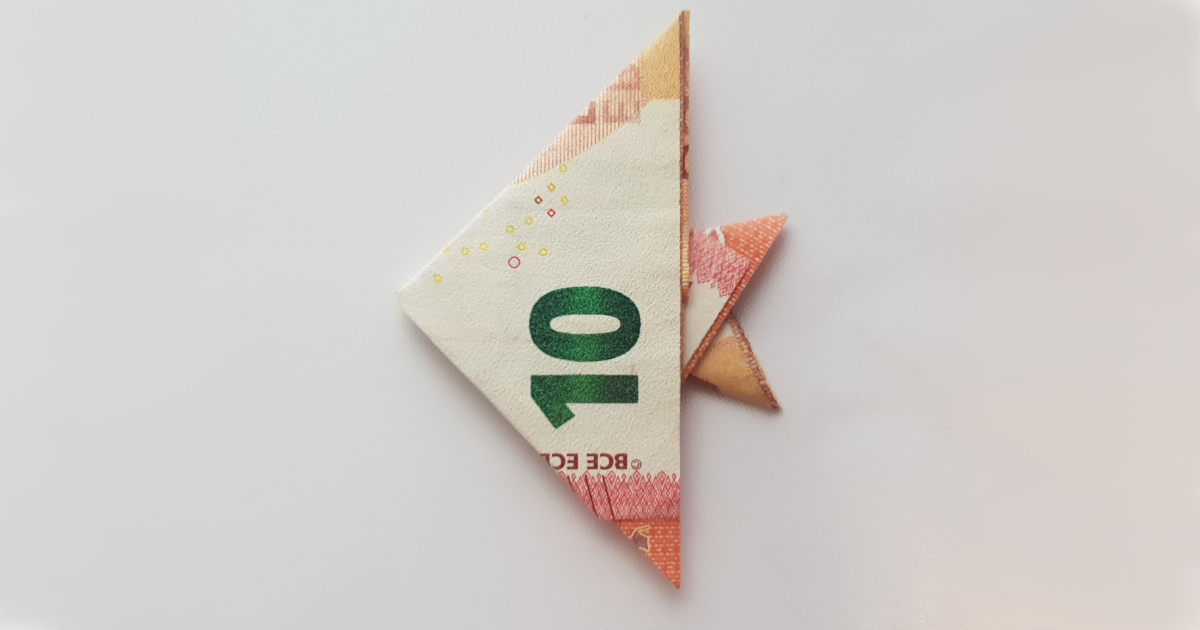 The fish is one of the oldest symbols for Jesus Christ and was a secret identifier among the first Christians. It is based on the Gospel of Luke (5,11:XNUMX), in which it says: “Jesus said to Peter: Do not be afraid! You will no longer catch fish, but will win people over for me. ”
Therefore, the fish is an ideal gift for all ecclesiastical occasions such as baptism, confirmation or communion.
New aquarium owners or fish farmers are happy but also about cash in fish form. This guide shows in detail how to fold a fish into a banknote.

Folding fish from a bank note

This guide shows how to fold a fish from a banknote.
Content: description, text, photos, video
Needed: 1 banknote

How to fold a fish from a banknote - instructions with video

This origami video shows exactly how a note folds this fish:

How to fold a fish from a banknote - instructions with photos

This photo tutorial shows you clearly how the fish can be folded in a simple way:

In the first folding process, the right rear corner is folded forward.

Now fold the right edge to the left. The front right edge comes to lie flush on the front left edge.

Undo the folding from the second step. To do this, flip the front left corner to the right.

Now fold the square object in the middle by folding the front right corner to the back left corner.

Now fold the object in the other direction! Fold the front left corner to the back right corner.

Press the two sides towards the middle!

If you have pressed the two sides completely in the middle, a triangle is created, which you can flatten.

The next two folds now bring the tail fin of the bill fish.

Fold the right front corner to the left. There is no rule where the folding has to be done. Depending on how this folding occurs, the tail of the money fish will change.

After the bill has been turned over, the Origami Banknote Fish is ready!

2 thoughts too "Folding fish from a bank note"