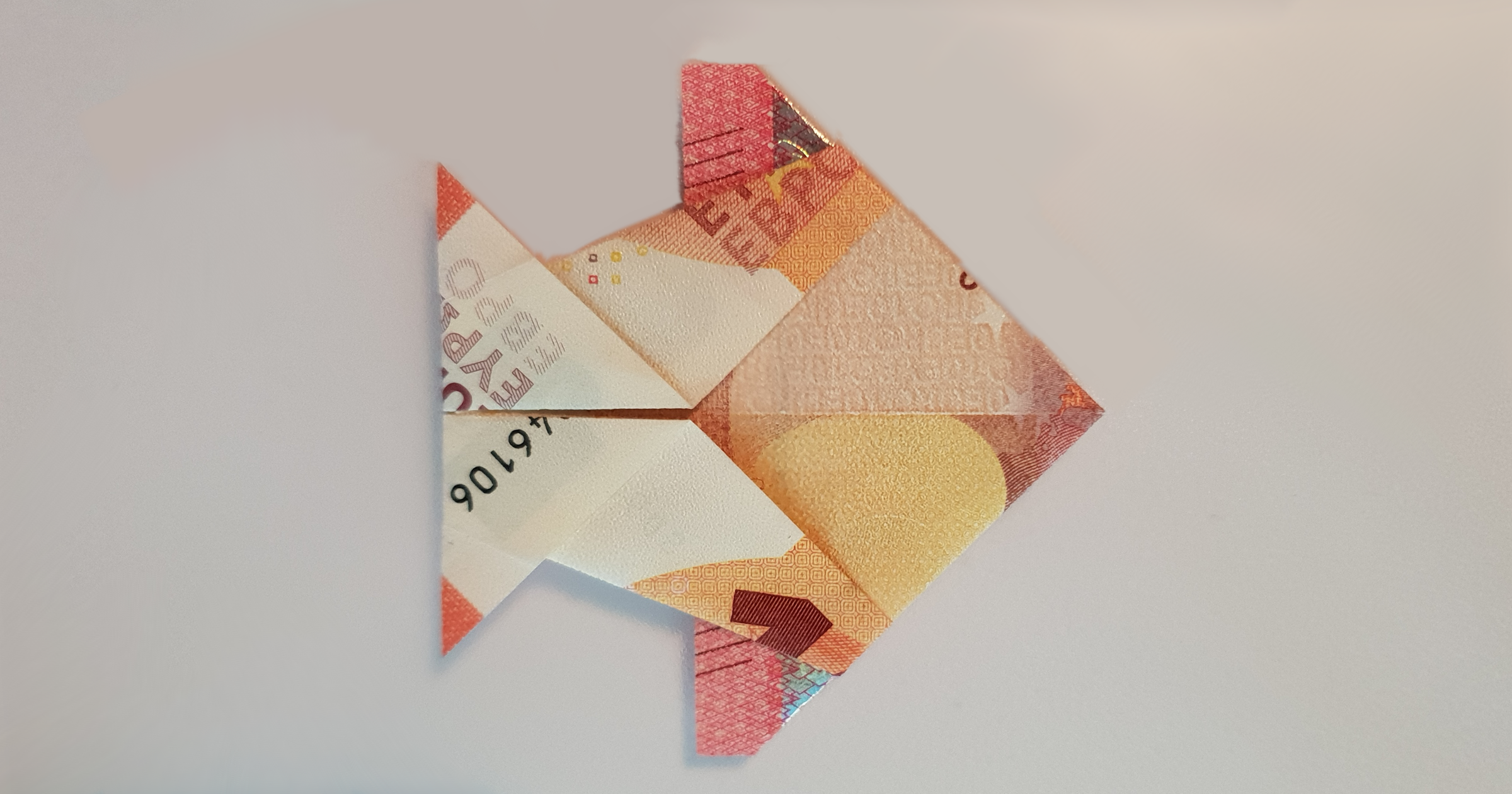 In this tutorial you will learn how to fold a simple fish from a banknote.

This cute little fish is a perfect gift for all aquarium and animal lovers. He is also very suitable for decorating gifts or money dioramas.

In China, the symbol of the fish stands for abundance, wealth, prosperity, perseverance and perseverance. That's why the fish is also a traditional wedding present.
Therefore, the fish is an ideal gift for all ecclesiastical occasions such as baptism, confirmation or communion.
New aquarium owners or fish farmers are happy but also about cash in fish form. This tutorial shows in detail how a bill folds a fish in a few steps.

If you do not like this fish, there is another guide for another fish:

Folding fish from a bank note

This guide shows how to fold a fish from a banknote.
Content: description, text, photos, video
Needed: 1 banknote

How to fold a fish from a banknote - instructions with video

The following video shows the steps again, piece by piece. So, the refolding of the fish is no problem.

How to fold a fish from a banknote - instructions with photos

This photo tutorial shows in clear steps how the money is folded out of a 10 € -shell:

Fold the bill back at the center line so that the leading edge comes to rest on the back edge.

Undo the last fold. The bill is now again in front of you.

Now fold the left rear corner towards the center line.

In this step, you also fold the left front corner to the pre-folded centerline.

Now fold the left rear edge back towards the midline.

In this step, you fold the two left corners of the bill from the bottom up.

Now fold the left tip exactly at the two corners of the bill to the right, so that the tip comes to rest on the middle fold.

Fold the right side of the bill to the top folded on the middle fold in the previous step.

Fold the right front edge towards the center line.

Fold the right back edge to the center line in the same way.

Turn over the bill and the money is already out of a banknote.

One thought on “Folding fish from a bank note"