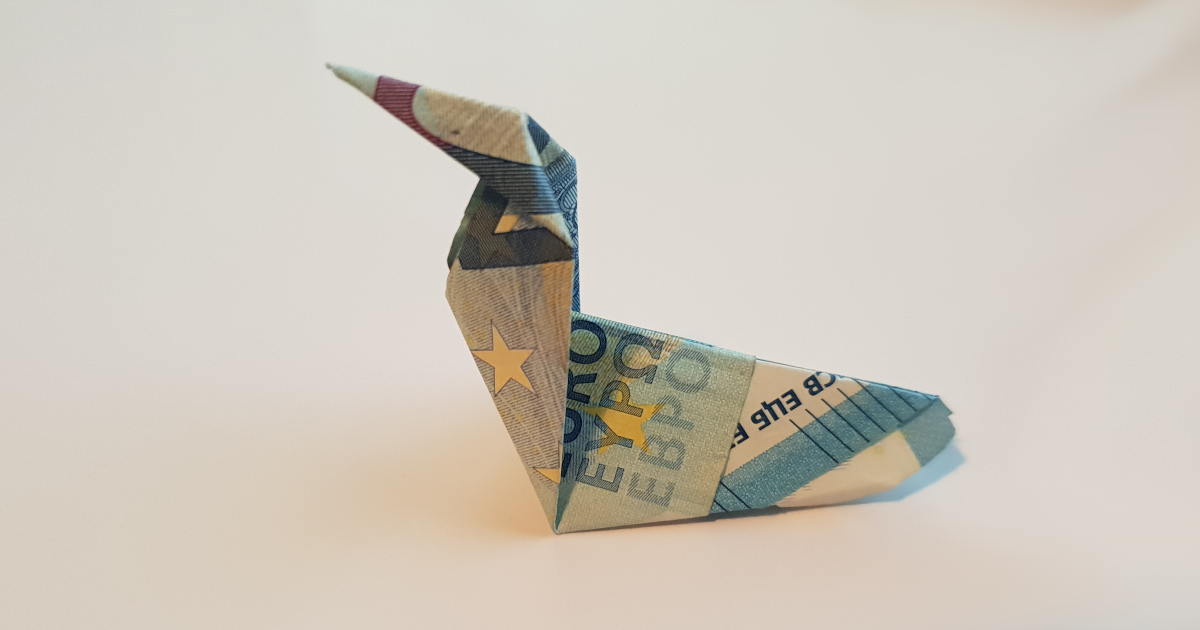 How do you give away money? Giving away bills in an envelope with a card is boring. Origami turns a bank note into a creative cash gift.
To fold a duck from a banknote you only need a bank note, a little dexterity and the appropriate instructions.

The step-by-step instructions to make a duck out of a banknote are available here as a video. This video clearly shows how the bill duck is folded.

In this guide, you will learn step by step how to make a duck out of a bill.

Fold the bill in the middle to the right, so that the left edge comes to rest on the right edge.

Undo the last fold. The bill is now again in front of you.

Fold the two back edges to the just folded center fold. Make sure that the two sides of the bill are exactly on the middle fold.

Now fold the left side of the bill again towards the center line. The photo shows the bill origami rotated 90 ° C to the left.

Fold as well the now back left edge towards the middle fold.

Flip the back of the object forward.

Undo the last two folds. The bill is now again as shown in the photo before you.

This step is a little tricky. Fold the tip backwards at the just created fold. The upper part is quite simple, at the lower side the created fold has to be folded in reverse.

Press the object flat. The bill is now in front of you.

Fold the tip of the object to the left.

Now, as in step 10, fold the tip out around the duck's neck.

When the head is folded around your neck, you can flatten the bill duck again.

Fold the lower, upper corner of the Money Duck inside.

Now also fold the lower, lower corner of the Money Duck inside.

Finished, the money duck is folded out of a banknote!